The lovely Erykah Badu premieres “Movement II” of her clip for the standout gem ‘Out My Mind, Just In Time,’ off her latest album New Amerykah, Pt. 2: Return Of The Ankh. 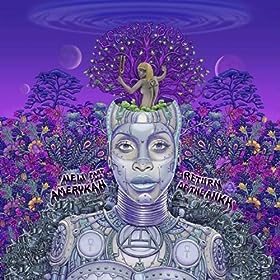 Directed by Coodie & Chike, Badu also announced that Movement III will be coming before the end of 2011.

“The first movement is called ‘Recovering Undercover Over-lover.’ It actually sums up the whole album, because I’m talking about love and emotion – ‘I need you to do this,’ ‘I want you to do this,’ ‘You make me feel like this,’ ‘Why don’t you feel like this?’ It’s typical of how you feel in relationships. The second movement is called … ‘Easier Said Than Done,’ and it’s about how hard it is to change after you’ve been in a relationship for so long. And then the third movement is called ‘But Not This Time,’ because even though I’ve done things a certain way for so long, I won’t do that this time” – Erykah Badu

OUT MY MIND JUST IN TIME 1 from Creative Control on Vimeo.

Royce Da 5’9″ stopped by BET’s 106 & Park to explain the origin behind his scene stealing “Hi Rihanna” reference in the recent BET cypher, give an update on the Slaughterhouse debut album as well as his albums Success Is Certain and Bad Meets Evil – Hell: The Sequel.

Here it is for all those that missed it as it happened (like myself), the scene stealing Shady 2.0 BET Cypher starring Yelawolf, Slaughterhouse & Eminem, UNCUT! Enjoy lyricism at it’s finest.

The beauty of Twitter is learning about artists worldwide and Rico Blox is definitely a one of my favorite discoveries. Hailing from Montreal, his single Stop Frontin’ was an easy addition for my 1st mixtape in 3 years The Launch. Check out his interview with Batt Tube and learn more about him, his talent should definitely make him a household name soon.

Ishe& Hezekiah are an experimental soulful duo composed of San Diego singer/songwriter Ishe’ and producer/emcee/songwriter Hezekiah from philadelphia. Two unique artists with an unspoken understanding of music provided the perfect ingredients. a mixture of organic classic soul, a slight touch of electronic flourishes; a beautifully-composed sonic stew with a traditional hip hop edge.

Official video to Hold On Remix

Embassy: Interactive, LLC has been proudly producing content for close to a decade. With years of diversified experience in the industry, we take pride in our track record of providing quality service at an affordable rate. We’re a full service multimedia firm; creating and delivering tailored projects and experiences for our clients. With work featured on media outlets such as Paramount Pictures and HBO.com. publications such as Philadelphia Inquirer, Essence Magazine and Yahoo! Sports, premier music outlets like VH1 Soul, Soul Train, Afropunk, Okayplayer, as well as content curated for museums and the social networks of satisfied consumers, our creative work has a proven record for respected quality and surpassing expectations.